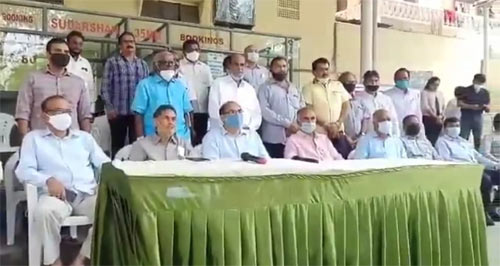 The central government’s decision to allow reopening of theatres, with 50% occupancy, has ushered in a new wave of energy across the film industry. While film shoots have already resumed, now theatre owners too are gearing up to open the shutters. It’s well known that since mid-March, theatres have remained shut across the country.

In a recent meeting, members of Telangana Theatre Owners association has welcomed the government’s decision, and also stated that they will take all the precautions suggested by the authorities. As per the guidelines, adjacent seats will be left empty, and the theatres will also provide sanitisers. At the moment, they are in favour of making wearing a mask mandatory inside the theatres.

Interestingly, the association has also urged the government to waive off electricity bills incurred during the lockdown. Additionally, they have requested the state government to revive parking charges, which could bring in additional revenue to the theatres. Now, it remains to be seen what the state decides about these demands from theatre owners.