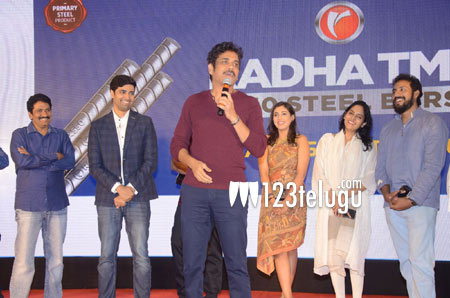 Hero Nagarjuna was the chief guest at tonight’s success function for the latest blockbuster, Goodachari. Speaking at the event, Nag was all praises for the film and the team. “Telugu film industry will be proud of Goodachari. I was stunned seeing what you guys have pulled off,” said Nag.

“Goodachari will pave a new path for future movies like how Shiva had inspired several path-breaking movies. I was baffled by how certain stunts were shot in the movie,” Nag added further and congratulated the entire team. It was an overwhelming moment even for the entire team as Nag appreciated their efforts.