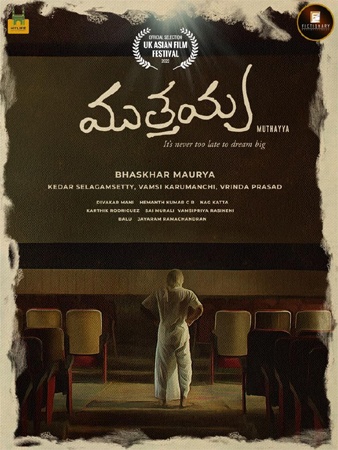 K Sudhakar Reddy, who played an important role in Kotha Poradu, will be seen in the titular role, along with newcomer Arun Raj, Mounika Bomma, and Purna Chandra. The film has been directed by Bhaskar Maurya, who’ll also be making his directorial debut with the film. \\

Vrinda Prasad has produced the film under the Fictionary Entertainment banner, and Kedar Selagamsetty & Vamsi Karumanchi are presenting it under Hylife Entertainment Pvt Ltd banner.

Popular cinematographer Divakar Mani has shot the film and he’s also the co-producer of the film. Karthik Rodriguez has scored the music.