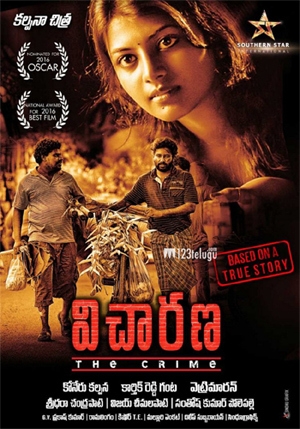 Tamil film Visaranai, which was a blockbuster in 2016 alongside being critically acclaimed is set to have a Telugu release soon, almost two years after its release.

The crime thriller flick that was based on a true drama was a joint production of Dhanush and Vetrimaran while the latter even directed the film. Alongside being India’s official entry to the Oscars, the film also won several National Awards.

With music by GV Prakash, the film stars Dinesh, Anandi, Samuthirakani and others in key roles. The Telugu film is titled Vicharana.