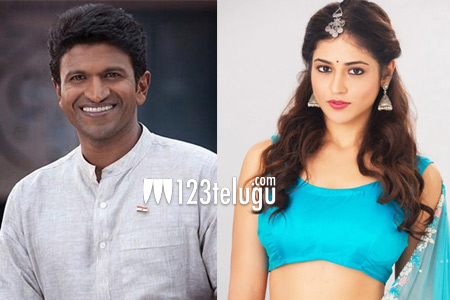 We have already reported that Ananthapur girl Priyanka Jawalkar, who was seen in a few short films in the past, is making her silver screen debut with Vijay Deverakonda’s upcoming thriller, tentatively titled Taxi Wala. And as per the latest reports, Priyanka Jawalkar has bagged the leading lady’s role in a Kannada biggie.

Priyanka Jawalkar’s maiden Kannada film features Sandalwood Powerstar Puneeth Rajkumar. The film will be directed by star Kannada director Pawan Wadeyar, while Rockline Venkatesh, who had made Lingaa and Power in the past, is producing the movie. Touted to be a thriller, the film’s shooting formalities will kick-start in March.