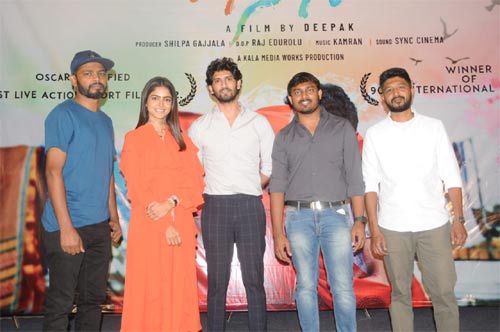 It was made available for streaming on YouTube last year and ever since it had won 900 international and regional awards. Director Gautham Vasudev Menon released the short film in Tamil while the producers of KGF did the honours in Kannada.

The voting for Manasanamaha’s Oscars qualification will begin on 10th December. On this occasion, the team has interacted with the Telugu media and opened up about their short film.

Deepak Reddy said that when he thought of presenting a love story in a new manner, the concept of reverse screenplay came to his mind. He said that it was challenging to do the short film in that method. He wished that the short film will win Oscar and also revealed his plans to do a feature film very soon.

The cinematographer, Raj, the music composer, Kamran, and others associated with the project were hopeful of the short film entering the Oscars race.