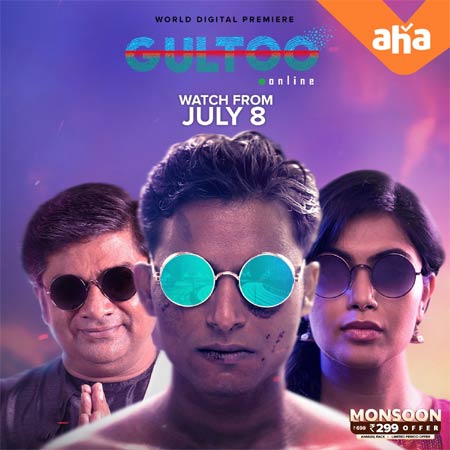 Kannada film Gultoo is a critically well-acclaimed film. This cyber-thriller film is written and directed by Janardhan Chikkanna. Now the latest news is that the film’s Telugu version Gultoo Online will release on Aha on 8th July.

The streaming platform took to social media to announce the same. The movie stars Naveen Shankar, Sonu Gowda, Avinash, Rangayana Raghu, and Pawan Kumar in the lead roles. The film is bankrolled by Vivid Films and it is the 4000th movie made in the Kannada film industry.

The movie’s music is scored by Amit Anand. Telugu audience can enjoy this cyber-thriller from this Friday. Keep watching this space for more film updates.