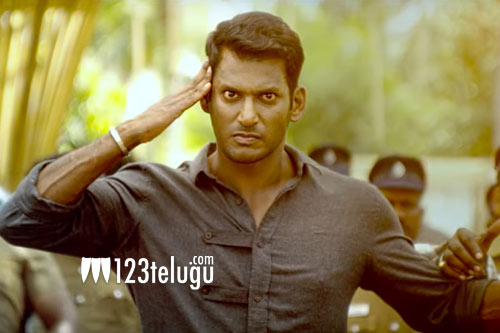 The much-awaited theatrical trailer for Tamil star Vishal’s Ayogya, the official remake of NTR’s Temper, has been unveiled today. The trailer hints of a faithful remake of the Telugu version and it received a decent response from mass action entertainers lovers.

Ayogya’s trailer has a right mix of action, thrills, romance and comedy. The film’s story is set in Chennai and Vishal takes on Parthiepan, who reprises Prakash Raj’s role. Raashi Khanna plays Vishal’s love interest in the movie.

Ayogya is directed by debutant Venkat Mohan and is produced by B Madhu. The film is slated to hit screens during the upcoming summer season.