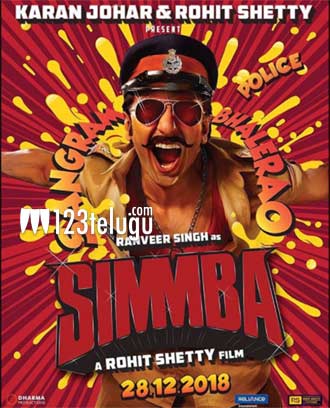 The stage is all set for Simmba, the recent Bollywood blockbuster, to enter the rare Rs 400 crore club. This official remake of NTR’s Temper has so far collected Rs 395 crore worldwide.

So far, Simmba has collected a total nett of Rs 210.20 crore in India from a gross of Rs 288 crore. In overseas, the film collected another Rs 97 crore. Simmba is currently the 10th all-time highest grossing Hindi movie in India. Simmba’s theatrical run is almost complete. Whether the film will breach the Rs 400 crore mark in the coming days remains to be seen.