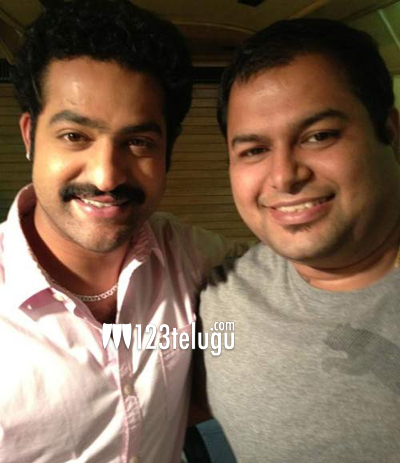 Ravi Teja’s upcoming action entertainer, Kick 2, had its audio launch in a grand way last night. The film has been directed by Surender Reddy and Nandamuri KalyanRam produced it under his NTR Arts banner. Attending the audio launch event as the chief guest, NTR spoke highly about the film’s cast and crew.

Speaking about the film’s music composer Thaman, NTR said that Thaman is like a brother and a very close friend. NTR further said that Thaman has been the same hard working technician since his assistantship with Mani Sharma. The Young Tiger said that his favorite song in the album is Jenda Pai Kapiraju and that the song has increased Thaman’s range and responsibility as a music composer.