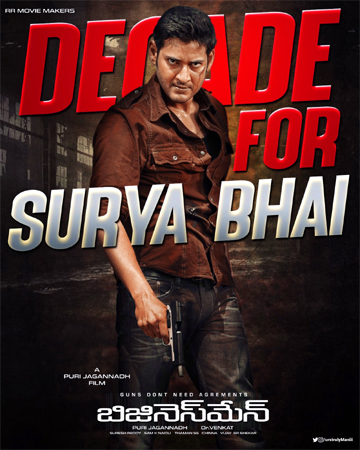 Today marks the decade for the release of the Tollywood blockbuster, Businessman. Directed by Puri Jagannadh, the movie showcased the outstanding performance of Mahesh Babu.

On the occasion of the movie’s 10th anniversary, Thaman S, who scored music for the film, has revealed some crazy news about the film

Businessman is the fastest movie I ever completed music composition for in my career, says Thaman.

The songs and the background score composed by the young sensation played a crucial role in the success of the action entertainer.