Thaman’s emotional tribute to the Baahubali of music
Published on May 3, 2017 9:02 am IST 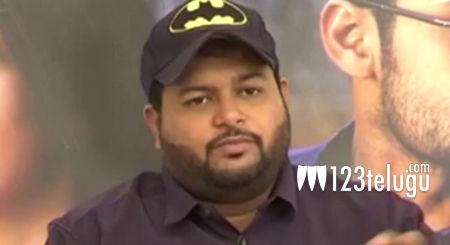 It is well-known that happening music composer SS Thaman was a student of veteran music composer MM Keeravani. Thaman had programmed for several of Keeravani’s hit songs in the past.

Last night, Thaman posted an emotional tweet about his boss, music guru and the Baahubali of music, MM Keeravani. Saying that composing music for a mammoth project like Baahubali, Thaman explained​ how Keeravani’s stupendous musical score has elevated his favorite scenes in the film.

Thaman then said that he is proud to start his musical career with his guru and wished him a long, glorious life.

To Shri @mmkeeravaani the Bahubali of MUISC 🕊#Baahubali2 ♥️ pic.twitter.com/XteUH05Qko