Thanikella Bharani gears up to direct another film
Published on Jun 9, 2013 8:07 pm IST 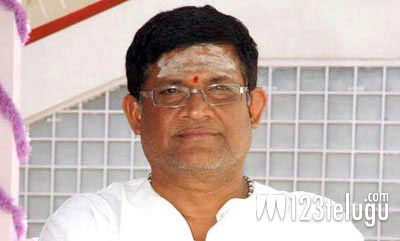 Acclaimed writer and actor Thanikella Bharani is gearing up to direct his second feature film. Last year, he made his debut with SP Balasubramaniam and Lakshmi starrer Midhunam and it turned out to be one of the most critically acclaimed films of 2012. Thanikella Bharani received rave reviews for the way he portrayed the lives of an old couple who find happiness in each other’s company and several bigwigs in the industry supported his initiative to make a meaningful cinema. The latest news is that Neelima Thirumalsetty has come forward to produce Thanikella Bharani’s next film under Sangamithra Arts banner. The discussions are still going on and a formal announcement is expected to be made soon. More details about this project will be revealed soon.