Thanks to Adipurush, Salaar might also get postponed?
Published on Nov 8, 2022 2:01 am IST 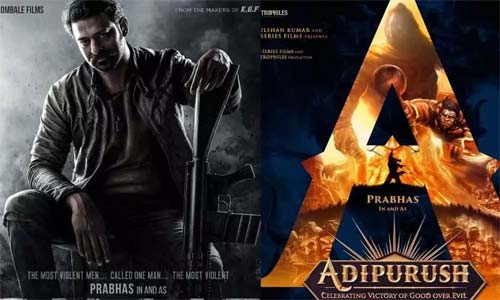 Now that Prabhas made things clear that his new film Adipurush will only be out on the 16th of June, so much is being said about his other films.

The discussion now is about his other films which are getting readied. Salaar directed by Prashanth Neel is also coming out on the 28th September 2023 and now Adipursh has joined the race in June.

Now, the gossip on social media is that the makers will not want two back to back releases of Prabhas in just three months time. There is news that Salaar might also get postponed.

Salaar is Prabhas biggest film to date and is directed by Prashanth Neel of KGF fame. Hombale Films is the production house behind this film.