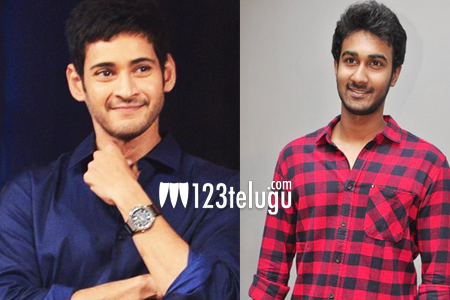 Made as a small film, the Santosh Sobhan and Avika Gor starrer romantic entertainer, Thanu Nenu, has been making big noises ever since its theatrical trailer was unveiled a couple of weeks ago. The film marks the directorial debut of producer Ram Mohan of Uyyala Jampala fame. Already, several industry biggies have been chipping in to promote the film.

Now, the film and its debut hero received a huge support from Superstar Mahesh Babu. Tweeting about the film and Santosh Sobhan last night, Mahesh said, “I cherish fond memories of working with director late Sobhan. Am happy that his son Santosh Sobhan took up acting..his debut film Tanu Nenu is set to release. Wish him all the success :)”

Thanu Nenu will be released on 27th November and senior producer D Suresh Babu is presenting the film.