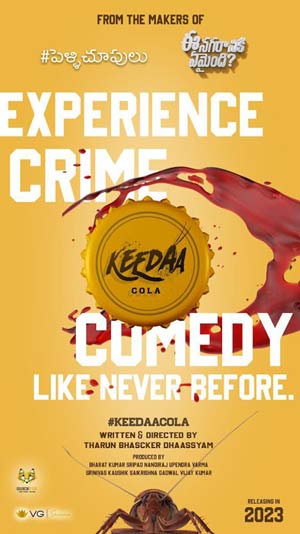 The director who is a specialist in making hilarious and youthful movies is coming up with a crime comedy this time and it has been titled Keedaa Cola which sounds interesting.

Keedaa means a creature with six legs and Cola is the name of a popular soft-drink brand. The poster sees the cap of a soft drink bottle with the title written on it indicating the essence of the film.