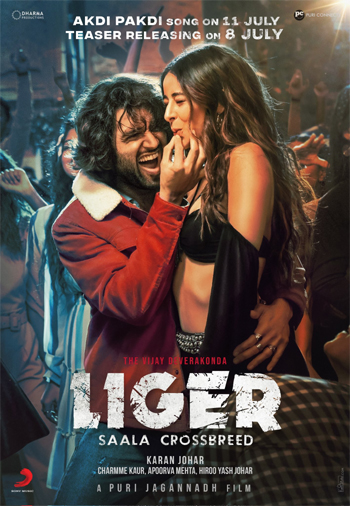 A few days back, Liger took the entire nation by storm. The naked poster of Vijay Deverakonda created a sensation and became the talk of the town. This single poster brought the movie the much-needed hype.

Now cashing on the buzz created, the makers took to social media and announced through a poster that Liger’s first single ‘Akdi Pakdi’ will be released on 11th July.

Also, they confirmed that the song’s promo will be out on 8th July. The song is composed by Lijo Geroge and DJ Chetas and will have multiple singers across languages crooning this number.

Helmed by ace director Puri Jagannadh, Ananya Panday is playing the love interest of Vijay in this sports drama. It is Co-Produced by Karan Johar, Puri Jagannadh, and Charmee Kaur.

Legend Mike Tyson and Ramya Krishna will play pivotal roles in this film which will release in multiple languages on 25th August 2022.