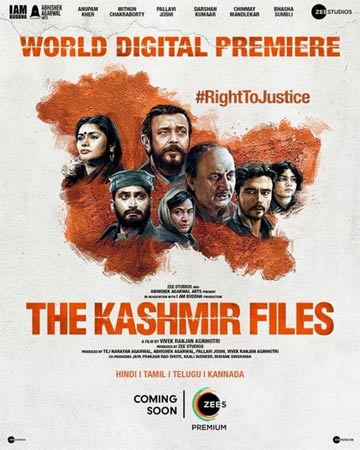 The Kashmir Files is a film that has made heads turn all over. The manner in which it has collected money at the box office is there for us all to see. The film has crossed the 250 crore mark already.

Now, everyone wants to know when the film will be out on OTT. The film’s OTT release has been locked in May on Zee 5. Vivek Agnihotri has directed this film which has Anupam Kher and Pallavi Joshi in lead roles.

Telugu producer, Abhishek Agarwal has co-produced this film with Zee 5. Very soon, the makers will announce the exact release date of the film. Watch this space for more updates.