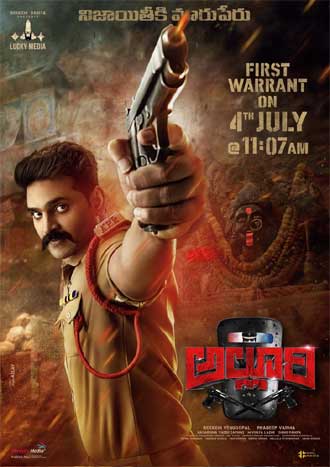 Sree Vishnu is all set to entertain the audiences with his next flick Alluri. The movie’s shoot is completed except for a song. The team released a ferocious first-look poster yesterday, which brought positive vibes instantly.

Now, the makers gave a fresh update about the movie’s teaser. “The First Warrant of Sree Vishnu’s Alluri to be issued on July 4th at 11:07 AM”, the tweet read.

Alluri is helmed by Pradeep Varma and bankrolled by Bekkam Venugopal. Kayadu Lohar plays the female lead while Harshavardhan Rameshwar is composing the music.