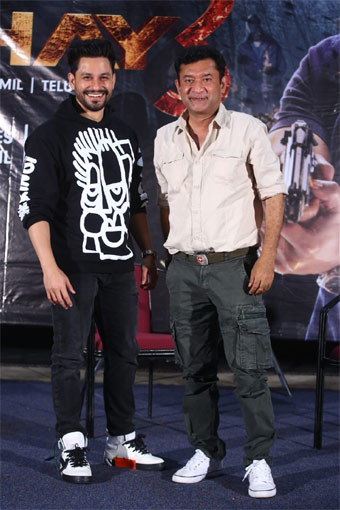 Zee 5 is producing back to back web series in multiple languages. Next in line is Abhay 3, the Hindi web series starring Kunal Khemu and directed by Ken Ghosh.

The show will be aired from the 8th of this month on Zee 5 and today, the team Abhay met the press in Hyderabad. This is Abhay’s third season and the director says that it will be more intense than the previous two seasons.

On the other hand, Kunal says that it was quite exciting to do a thriller after acting in so many comedy films. He also says that as the show will release in Telugu and Tamil, it will open more avenues for him as an actor.