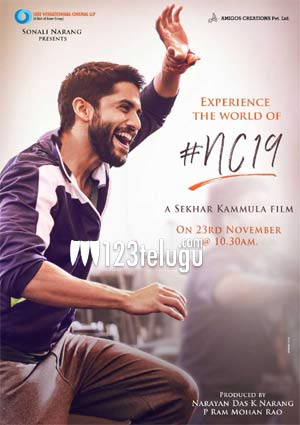 Here’s an exciting update for all the fans of Naga Chaitanya and Sai Pallavi. The makers of both the young stars’ ongoing romantic drama will be unveiling a special video glimpse, titled ‘The World of #NC19’ on November 23rd at 10:30 am, to coincide with Chay’s birthday.

Both Chay and Sai Pallavi will be seen as Telangana youngsters in the movie, which is rumored to be titled Love Story. The film is being directed by Sekhar Kammula and expectations on the Chay-Pallavi-Sekhar trio are quite high. The movie will be hitting screens in the second week of February, as a Valentine’s Day treat.