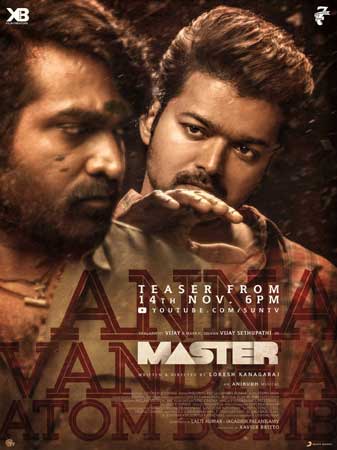 Vijay is one of the most popular stars in Kerala, and almost all his films get a humongous opening in the state each time. Naturally, the actor’s fans are extremely upset that they might not get to watch Master on big screen from January 13 onwards.

Earlier this month, the Kerala state government gave an official clearance to cinema halls to reopen, and Master was one of the most eagerly awaited films of the season. However, the Film Exhibitors union in Kerala decided to not screen any films until the government comes to their rescue in terms of exemption from entertainment tax and other issues.

This hasn’t gone down well with Vijay’s fans and they have called for a boycott of Mohanlal’s magnum opus Marakkar, which is slated for release in late March. They have alleged that Anthony Perumbavoor, Film Exhibitors Union president and co-producer of Marakkar, is playing spoilsport and stopped Master from releasing in Kerala. It remains to be seen if this issue will be resolved before Master hits the screens.