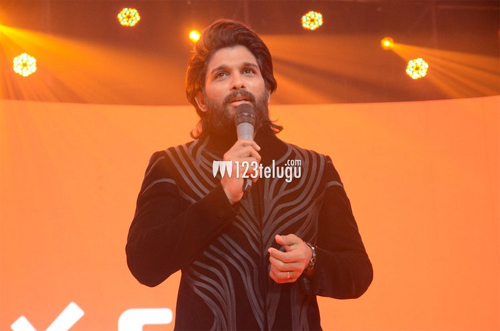 Veteran producer Allu Aravind’s OTT platform Aha is all set to enthrall entertainment seekers with a range of shows. Last night, Allu Arjun was the chief guest at a promotional event to reveal Aha’s upcoming shows.

Allu Arjun is a leading star in Tollywood and his OTT debut will be definitely a curious topic for his fans. And during the event, Bunny’s good friend and popular actor Navdeep asked him about his OTT debut. And the Stylish Star took the curiosity factor to the next level by saying, “just wait, there will be a surprise.”

A promotional video directed by Trivikram and featuring Allu Arjun was released during the event. Bunny also announced that four top directors, Sukumar, Surender Reddy, Vamshi Paidipally and Harish Shankar, will be directing shows for Aha.