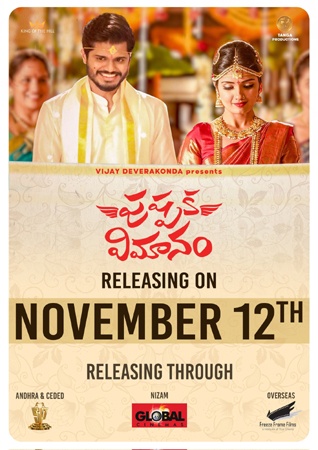 Pushpaka Vimanam is a film that Anand Devarakonda has pinned a lot of hopes on. The film will release on November 12th in a big way.

Vijay Devarakonda is producing the film and the news is that Suresh Productions will release the film in AP and Ceded areas.

Global Cinemas and Freeze Frame Films will be releasing this film in the Nizam area and overseas respectively in a big way.

The film is directed by Damodara and also has Sunil and Naresh in key roles. There is a decent buzz for this film thanks to the aggressive promotions.