This RGV film will be the first to release after theaters re-open
Published on Oct 2, 2020 2:53 am IST 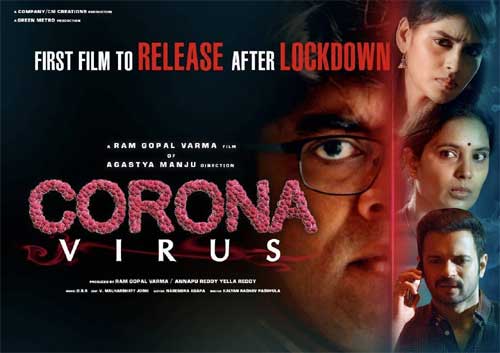 At last, the central government gave the permission to re-open single screens and multiplexes across the country from October 15. Several low and medium budget movies are gearing up to hit screens in a couple of weeks.

Meanwhile, director RGV claimed that his film on COVID-19, Coronavirus, will be the first Telugu movie to be released in cinemas after the lockdown. This Agastya Manju directorial features Dakkshi Guttikonda and Srikanth Iyengar in lead roles. Whether or not the film will manage hi bring back the audience in large numbers remains to be seen.