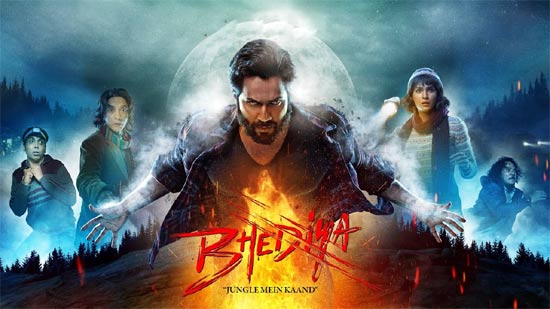 Bhediya is the latest Hindi film that will hit the screens next week. The lead cast met the press today and spoke at length about the film in general.

Not many know that Allu Aravind is releasing this film in Telugu with the title Thodelu. Speaking at the occasion, Allu Aravind revealed that he is mighty impressed with the film and says that the film will surely attract the Telugu audience as well.

The lead cast Varun Dhawan and Kriti Sanon also added that Bhediya has a universal subject and will impress one and all with the suspense and thrills.

Allu Aravind released Kantara in Telugu and made big money with the film. Let’s see how much does Bhediya work at the Telugu box office.