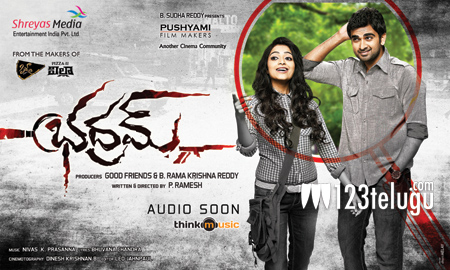 A thrilling murder mystery is getting ready to hit the screens next week. The movie is ‘Bhadram’ and it is all set to hit the screens on February 28th. The film is coming from the makers of the highly acclaimed ‘Pizza’ and ‘Soodhu Kavvum’.

‘Bhadram’ is the Telugu dubbed version of the film ‘Thegidi’. Ashok and Janani will be seen as the lead actors in this movie and the audio album is going to be released on the 22nd of this month at Hotel Taj Deccan in Hyderabad.

Ramesh is the director of the film and Nivas has composed the tunes. Shreyas Media and B. Ramakrishna Reddy are the joint producers of this movie.