Thumping response for Rajamouli’s call for #RRRTitle
Published on Mar 19, 2019 2:00 am IST 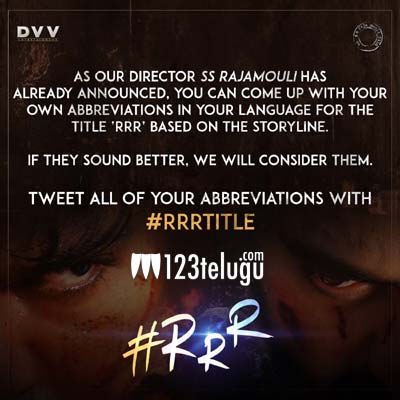 Last week, during the first ever press meet for his ambitious multi-starrer, RRR, director Rajamouli said that RRR will be the common title for the film’s Telugu, Tamil and Hindi versions. Rajamouli also said that the film’s unit will consider if fans suggest some good titles for all the versions.

Buoyed by the response, the makers encouraged all the enthusiasts fans to come up with more exciting titles. Well, talk about clever promotions!