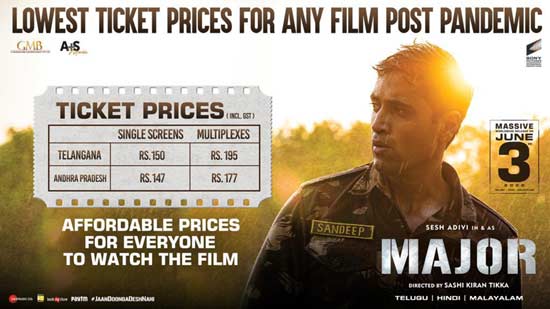 Adivi Sesh’s Pan India Film Major directed by Sashi Kiran Tikka is all set for a grand release worldwide on June 3rd and there is a very good buzz for it.

When it come to multiplexes, the prices are 195 and 177 in Telangana and AP respectively. These are the lowest ticket prices for any film post pandemic.

The makers also took the brave decision of screening early premieres across the country, much before it’s theatrical release. The first screening was already held few days ago in Pune and it got unanimous positive talk.