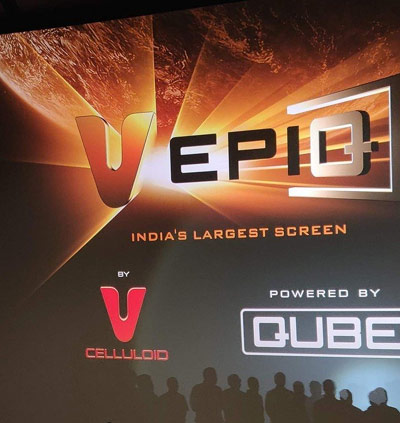 It is already known that many theaters in Andhra Pradesh were closed because of the ticket prices issue.

Now, the V Epiq theater, which has the 3rd largest screen in the world and the largest in South Asia, in Sullurpeta, Nellore has been affected by the restrictions on ticket prices.

So, India’s biggest screen, V Epiq has decided to suspend its operations from today onwards.

Owned by UV Creations, the theater management was forced by the administration to sell tickets at Rs. 30 or below which doesn’t even recover electricity costs.

If the situation continues like this, many more theaters in the state will be closed for good in no time.