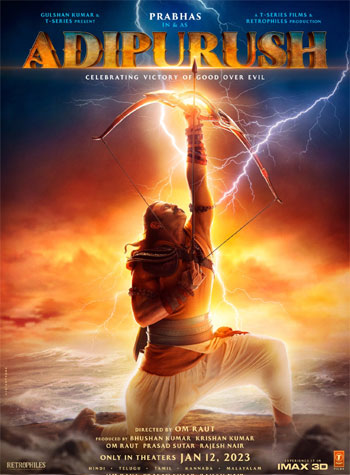 The makers of Adipurush have unveiled the smashing teaser poster a few hours ago. The poster has garnered a humongous response from fans and audiences. Besides, here is another interesting update that will double up the excitement of fans.

Kriti Sanon, Saif Ali Khan, Sunny Singh and others played significant roles in this high-budget mythological drama. Produced by T-Series and Retrophiles Pvt Ltd, the biggie is scheduled to hit screens on January 12, 2023, in Telugu, Hindi, Tamil, Malayalam and Kannada. Adipurush will have a release in IMAX and 3D formats.