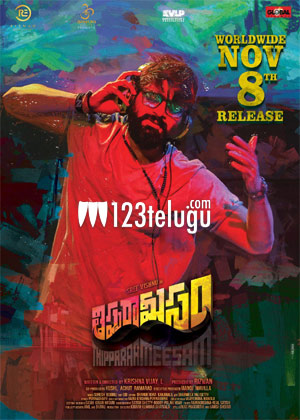 With each passing day, Sree Vishnu is doing some very interesting films and is making his presence felt in Tollywood.

His new film is Tippara Meesam a crime thriller which will present Vishnu in a never before seen role in his career.

The latest we hear is that the film will be out on the 8th of November in a grand manner. Asian Cinemas has bought the theatrical rights in the Telugu states.

The film is directed by Asura fame Vijay. More details of the film will be released soon.