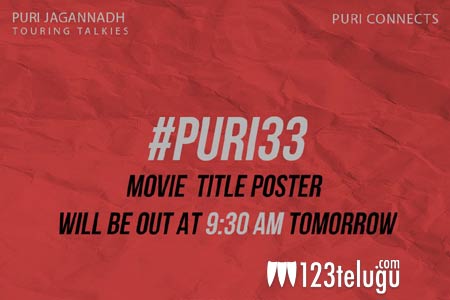 Puri Jagannadh is gearing up to direct his son Akash Puri’s comeback film as a hero. The film’s regular shooting will kick-start in October. As per the latest updates, the film’s title will be revealed tomorrow at 9:30 am, coinciding with Puri’s birthday.

Meanwhile, Puri has roped in a Kannada starlet named Neha Shetty to romance Akash in the movie. Puri will be producing the movie under his Puri Jagannadh Touring Talkies banner. The film is said to be an intense love story. More details about the film’s cast and crew will be out soon.