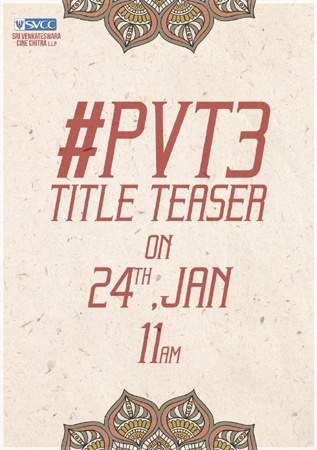 It is a known fact that Vaishnav Tej kick-started the shooting for his third film some time back. Now, the news is that the title teaser of the film will be out tomorrow.

This film also has Delhi Instagram beauty Ketika Sharma of Romantic and Lakshya fame as the female lead.