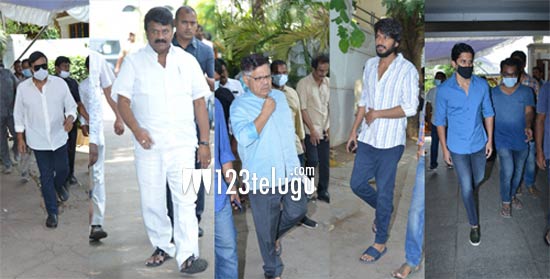 Earlier today, noted producer and multiplex chain owner, Narayan Das Narang passed away due to an age-related illness in Hyderabad.

Condolences have been pouring in from all quarters and today stars like Chiranjeevi, Nagarjuna, Chay Akkineni, Sundeep Kishan, and several other producers and technicians paid respects to the legendary producer.

Some of the noted politicians like Talasani Srinivas Yadav, MLA Balka Suman, and a few other politicians also paid respects to the family of Narayan Das. The funeral was held at 4 pm this evening.