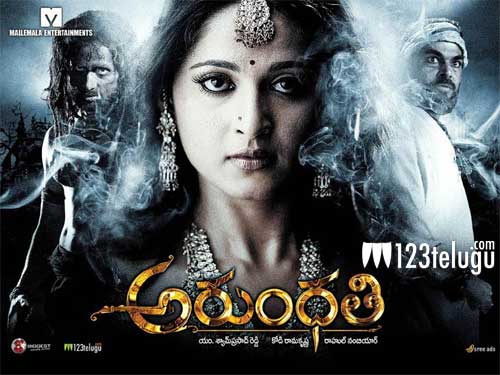 So far, many female-centric movies have been made in the Telugu film industry but Kodi Ramakrishna’s Arundhati has a special place among them.

Released on January 16, 2009, the horror fantasy flick broke several existing records in Tollywood and created new ones. Besides, the movie has had a long theatrical release run and grossed monumental collections.

Renowned producer Shyam Prasad Reddy, who has a great command in the selection of the script, has bankrolled this movie under his home banner, Mallemala Entertainments, on a grand scale.

The high on VFX movie has made Anushka Sheety a star heroine and Sonu Sood a supervillain. Rahul Nambiar’s spectacular visual effects and renowned music director Koti’s outstanding background score took the movie to another level.

To note, no other female-centric movies released after Arundhati couldn’t have beat the records set by the Tollywood magnum opus.