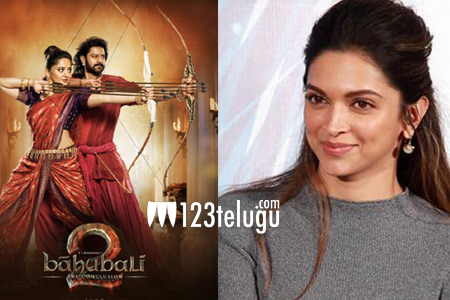 It’s been a week since SS Rajamouli’s Baahubali 2 created a storm at the box-office and now, it’s on the verge of becoming India’s first ever Rs 1000 crores grossing film. Now, Deepika Padukone has joined the long list of celebrities who have raved about the film.

Talking about the film’s success, at a recent event, Deepika said, “The fact that a regional film like Baahubali 2 has become such a big success proves that the possibilities are endless when it comes to Indian cinema. Not just in India, the film has proved its might internationally as well. That’s what cinema is all about. it has the power to cross all regional and cultural barriers.”