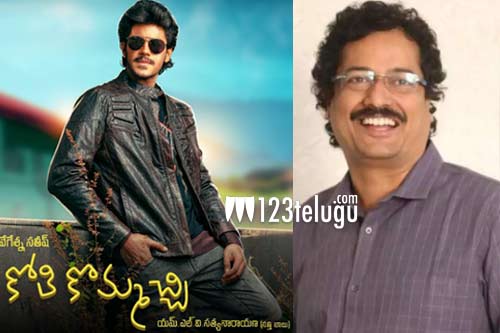 It’s been recently reported that Satish Vegesna, the director of the national award-winning film, Shatamanam Bhavati, will soon be launching his son Sameer Vegesna as an actor. Iconic character artiste Srihari’s son Meghamsh Srihari will also be playing the main lead in this youthful entertainer, titled Kothi Kommachhi.

Now, the latest update is that Satish Vegesna has roped in top music composer Anup Rubens to score the soundtrack for Kothi Kommachhi. Anup began the music sittings for the project and has already completed 3 out of the 5 songs in the album.

Kothi Kommachhi will have its formal launch on the auspicious Vijaya Dasami. The shooting will kick-start from November. The makers are yet to finalize the film’s leading ladies.