Top South Indian Heroines who can be Captain Marvel in India
Published on Feb 19, 2019 9:09 pm IST 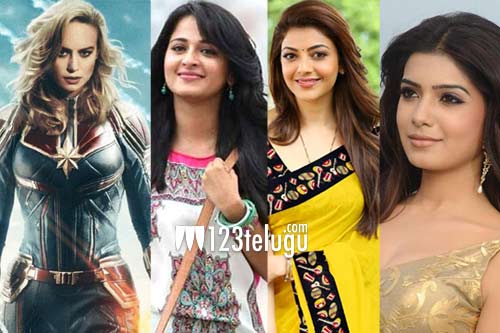 Captain Marvel, the first stand-alone female franchise movie in the Marvel Universe, is one of the most eagerly awaited films of the year. The film is hitting theaters on March 8, in English, Hindi , Tamil and Telugu versions.

Captain Marvel will be Marvel’s first film for 2019 followed by Avengers: Endgame and then Spider-Man: Far from home in the latter half of 2019. Academy Award winner Brie Larson has played Captain Marvel aka Carol Danvers in Captain Marvel.

India is yet to see to a female superhero film. Most of our actresses are a perfect mix of style, substance and fierce. So, here’s a list of leading South Indian actresses who we think can do justice to a desi Captain Marvel, if it was to be made in India.

So, which actress would you like to see as Captain Marvel?