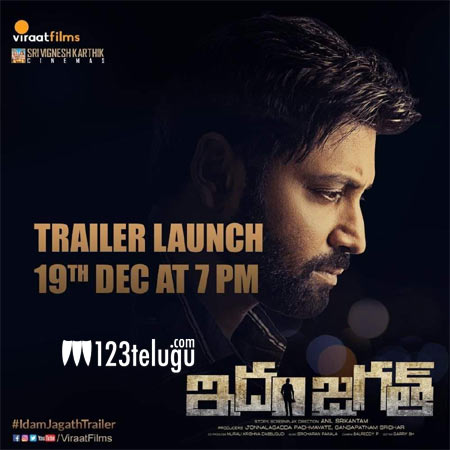 After the decent response for Subrahmanyapuram, hero Sumanth is gearing up for the release of his upcoming thriller, Idam Jagath. The film’s suspense-filled teaser was released in August and it raised curiosity with its intriguing plotline. Sumanth’s grey shaded character of a stringer who goes to any length to ‘create’ news was the main highlight of the teaser.

According to the latest updates, Idam Jagath’s theatrical trailer will be out on December 19 at 7 pm. The film will hit theaters in the New Year. Debutant Anil Srikantam is the director and Premam actress Anju Kurien is the heroine of Idam Jagath. Jonnalagadda Padhmavate and Gangapatnam Sridhar have jointly produced the movie.