Trailer of Akshay Kumar’s Raksha Bandhan will be out tomorrow
Published on Jun 20, 2022 6:37 pm IST 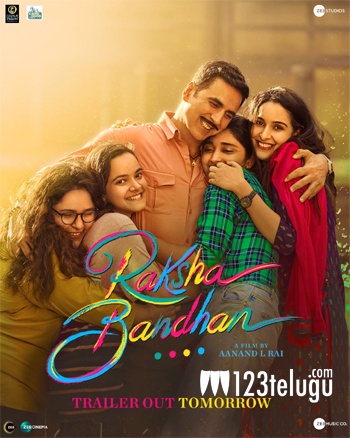 After Atrangi Re, star actor Akshay Kumar has teamed up with the successful director Anand L Rai for Raksha Bandhan. The comedy-drama has made the headlines again today.

The Bhool Bhulaiyaa actor took to social media and announced that the movie’s theatrical trailer will be released tomorrow. However, the makers haven’t mentioned the time of release. We need to wait for an announcement from the makers.

It’s a story of love, joy, family and the unbreakable bond that binds them… come be a part of this grand celebration of life.
#RakshaBandhanTrailer out tomorrow.
#ReturnToFeelings#RakshaBandhan11August pic.twitter.com/mms7t0b0hv