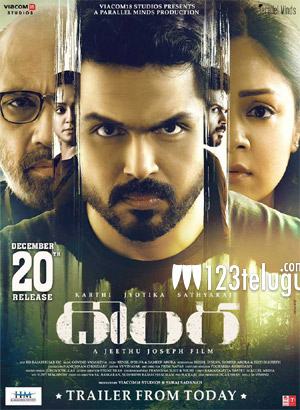 Karthi and Jyothika have teamed up for the very first time in their careers. They play siblings in the upcoming suspense thriller Donga whose trailer was released today. The film is directed by Drishyam fame Jeetu Joseph.

The trailer starts off as a fun family drama as Karthi makes an entry into his family after staying 15 years away. The setting looks good but some visuals in the trailer remind us of Mahesh Babu’s Athadu which has the same theme.

But the presence of Jyothika and a crime angle behind this story makes the trailer of Donga quite interesting. The film is also releasing in Telugu and Tamil on the same day. Karthi is high with the success of his latest film Khaidi.