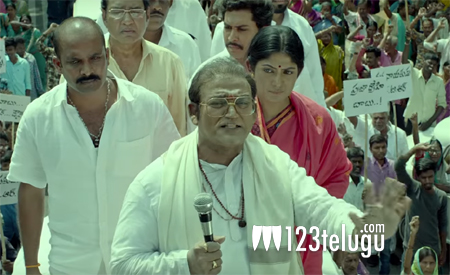 RGV is a man who knows it all. He does not fear anyone and maks films on what subject he wants. Now, he has come up with his version of NTR biopic and has named it Lakshmi’s NTR.

The film’s trailer was released yesterday and within no time it has gone viral. The hard-hitting trailer has showcased many members of the Nandamuri family in a bad light and now has become a topic of discussion all over.

Many are shocked to see the manner in which RGV has presented the film. In one way, we can say that the audience is very curious to see what Krish and RGV are going to present in their respective films.