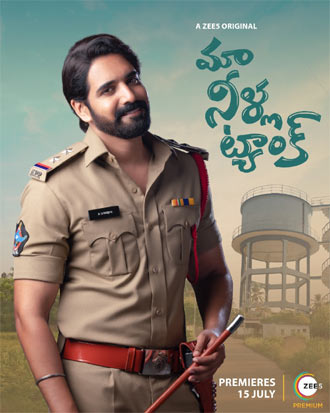 ‘Maa Neella Tank’, which marks the OTT debut of Tollywood actor Sushanth, is gearing up for streaming next. The 8-episode series is a feel-good village dramedy. The series has been directed by Lakshmi Sowjanya.

Pooja Hegde shared the engaging trailer today. The trailer opens with Sushanth’s cop character laughing off small-town problems. We then see that Sudarshan’s character is threatening to die by suicide if Surekha (Priya Anand) doesn’t accept his proposal.

The series is based in a small town but is aspirational in nature and is filled with comedy. Priya Anand plays the main female lead in this series.