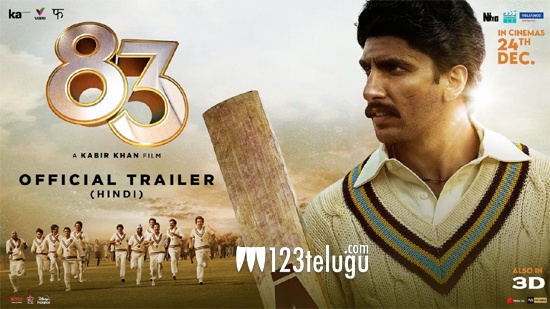 Whatever Ranveer Singh does, it is always special. He is now acting in Kapil Dev’s biopic which has been titled 83.

The makers have released the trailer today and it looks solid from the outset. Ranveer Singh’s transformation as Kapil is too good and the way he bowls and bats like the legend is superb.

But one of the highlights of the trailer is Tamil actor Jiiva who plays Srikanth in this film. His role and the way, Jiiva plays it quite well.

The film showcases how the Indian cricket team won its first-ever world cup in England in 1983. Director Kabir Khan has showcased all this in a beautiful manner and the visuals are solid.

Deepika is shown as Kapil’s wife in the film. The sports drama is up for a release on the 24th of December and for now, the trailer has caught the imagination of many.