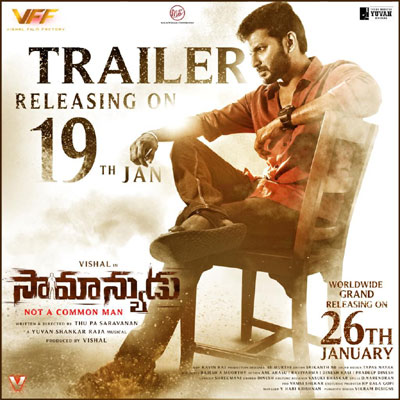 Actor Vishal and Dimple Hayathi-starrer upcoming movie, Saamanyudu, is all set to hit the screens this Republic Day. Directed by debutant Thu Pa Saravanan, the movie is a dubbed version of the Tamil movie, Veeramae Vaagai Soodum.

Today, the makers have officially announced that the theatrical trailer of Saamanyudu will be released on January 19, 2022.

Produced by Vishal under his home banner, Vishal Film Factory, the Tamil-Telugu movie has the music of Yuvan Shankar Raja. Besides, the Tamil version is also going to release in theaters on January 26, 2022.