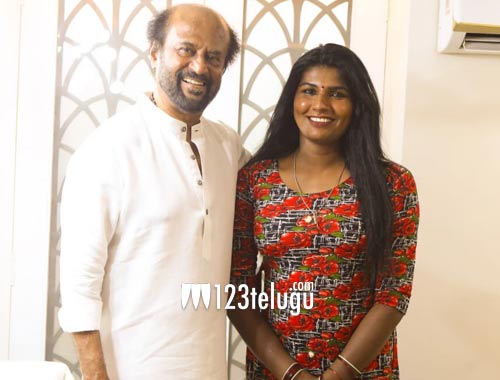 AR Murugadoss is going all out for Rajinikanth’s upcoming film, Darbar. The film, which is set in Mumbai, has Rajinikanth playing a tough cop, and Nayanthara will be seen as his romantic interest. Now, there is an interesting new addition to the cast.

As per the latest reports, Jeeva, a transgender actress who acted in Vijay Sethupathi’s Dharma Durai, has been roped in to play a key role in the film. The actress will reportedly have some crucial scenes with Rajinikanth. As soon as the news surfaced, AR Murugadoss was appreciated for his decision to rope in Jeeva.

The film also stars Nivetha Thomas and Prateik Babbar in crucial roles. Anirudh Ravichander is going to score the music and Santosh Sivan is the cinematographer.