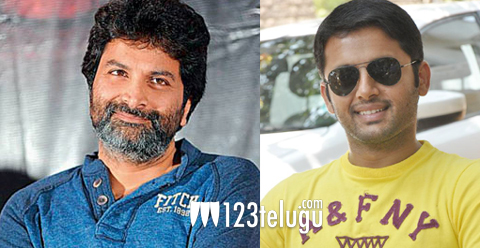 It is a known fact that Trivikram’s upcoming film with Nithin, A..a is completing its shoot on a brisk pace. Meanwhile, latest update reveals that the logo and the first look poster of the film will be revealed later today.

The makers have planned to wrap up the shoot by January and release the film on Valentine’s day. Produced under ‘Haarika and Hassine Creations’, this film has music by Tamil sensation Anirudh Ravichander.

Samantha plays the female lead in this romantic entertainer which also has Srinivas Avasarla in an important role.