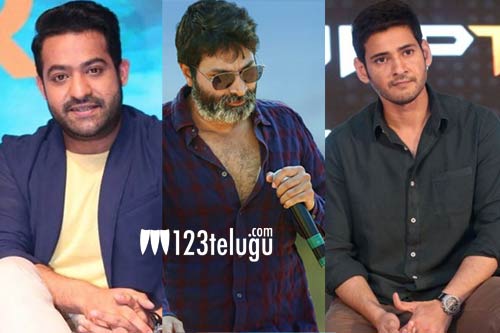 So much is being said about NTR30 that was supposed to be directed by Trivikram. A few days back, news came out that the film has been called off as NTR did not like the story of the film.

Then, one of the producers indirectly tweeted that all this news is fake. Now, the latest gossip reveals that Trivikram has set up a film with Mahesh Babu and will launch it soon leaving NTR’s film as of now.

But the news in the film circles says that a special announcement about NTR’s film with Trivikram will be out on the 13th of April.

Trivikram has been waiting for a long time for NTR to get free from RRR so that he can take this film on floors. But all this new news that he is doing a film with Mahesh has created confusion now.

So, in the days to come, we will get proper clarity about the project which Trivikram will do and with whom.