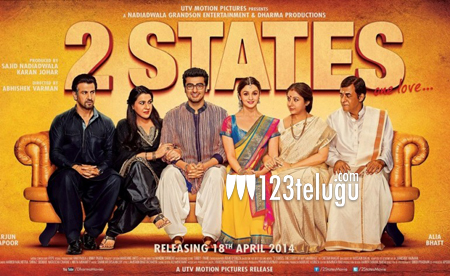 Chetan Bhagat’s ‘Two States’ was recently made in Hindi and it fetched a good amount of money. The movie had Aliya Bhatt in the lead role.

According to the latest news being heard, the film is now going to be made in Telugu and Tamil also. Sources say that well known producer PVP acquired the rights.

As of now, no other info is available about the remake. Perhaps, PVP will announce these things at a later date. The movie is expected to do well in Telugu also, because of the Pan Indian appeal of the story.